Thirty-five years of distinguished public service career inspired by a motivation to impact on the progress and well-being of people and society at large.

An esteemed political office holder in the capacity of Mayor, Member of Parliament and Ministerial portfolios in Local Government; Environment, Science, Technology and Innovation; Minister of State at the Presidency responsible for Development Authorities.

Positions held during tenure as Mayor include:

Awarded by the United Cities and Local Governments for contributing to local governance-most importantly for providing leadership in the unification of Anglophone and Francophone African local governments into one continental body.

Passionate about Africa’s growth and an enthusiastic advocate of an enhanced position and voice for Africa in a globalized world, has addressed international forums such as the UN, Crans Montana Forum, The Wall Street Economic Summit, Marrakesh Security Forum among others, focusing on governance and leadership, peace and security, trade and investment and sustainable development.
Currently Chairs the Africa Global Emergence Center and also President of Africa Growth Solutions. 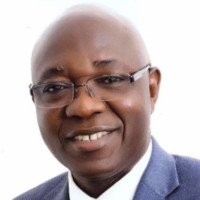