Jennifer Eckhart is a national journalist, TV personality and producer as seen on Fox News, the Fox Business Network and Fox Nation based in New York City. She is also a Contributing Author for Thrive Global, and host of “REINVENTED with Jen Eckhart,” a new podcast series focused on sharing inspirational stories and tales of reinvention from some of the world’s brightest and most thought-provoking public figures, business leaders and celebrities who overcame incredible obstacles on the path to success.

From the floors of the New York Stock Exchange, to the star-studded red carpet, Jennifer thrives in covering the intersection of business, tech and entertainment news. When Jennifer isn’t on-camera, she single-handedly produces television segments with headline newsmakers, such as Berkshire Hathaway CEO Warren Buffett, Tesla and SpaceX CEO Elon Musk, and Microsoft co-founder Bill Gates.

Born and raised in Miami, Florida, Jennifer often serves as a keynote speaker and emcee at various social & charity events such as The Lupus Foundation of America’s “Evening of Hope,” New York Fashion Week, Unfair Advantage LIVE, and “Night to Shine” sponsored by the Tim Tebow Foundation. Jennifer is also a recognized advocate and leader for women’s rights and a survivor of sexual assault. 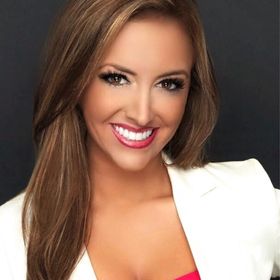