Born in 1982, Aylin Arslantas Bumin studied at the Notre Dame de Sion French High School, and then at Galatasaray University in Istanbul, Turkey, where she graduated with an Industrial Engineering degree. Later, she completed an Executive MBA at Bogazici University. Prior to joining UPS, Aylin has held various roles in the sales and marketing departments of multinational companies, such as L’Oréal, Legrand and Renault Trucks. Being in UPS since 2010, she has held several positions within the marketing department as Marketing Supervisor. In July 2013, Aylin was promoted to Marketing Manager of UPS Italia, with responsibility for all the country’s marketing and communication activities. Since March 2017, Aylin has been appointed to the role of West District Marketing Manager overseeing seven European countries, including Italy. Since 2018, she leads the Netherlands chapter of Turkish Women’s International Network (Turkish WIN). She also chaired UPS Women’s Leadership Development (WLD) program in Turkey and in Italy. Aylin has a 5 year-old son and speaks French, English, Italian, Turkish and beginner in Dutch. 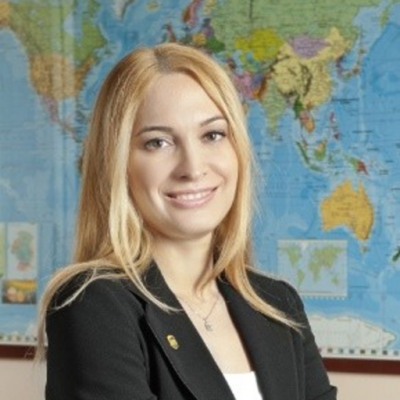