Simone Filippini is a former senior Dutch diplomat. Among other roles, she served as Deputy Head of the Middle East Department, Head of the Gender and Women Rights department in the Netherlands MFA, Consul-General for the Southeastern US and Dutch Caribbean, and Dutch Ambassador to North Macedonia. She was awarded the MFA Diversity Award in 2010.

In 2013, she became CEO of the largest Dutch humanitarian and development organization Cordaid, which, on top of its €180 million annual budget, also managed a nearly €100 million Impact Investment Fund. Next she served as interim Executive Director of the Netherlands Institute for Multiparty Democracy (NIMD), working on democracy support in 24 countries. In 2019, Simone established the not-for-profit Leadership4SDGs which aims at empowering government leadership to lead and drive achieving the SDGs. Diversity and women’s leadership form an integral part of the proposition. Presently, she is also writing a book on leadership in the 21st century. 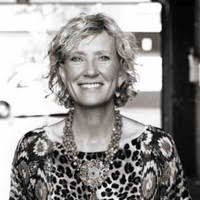